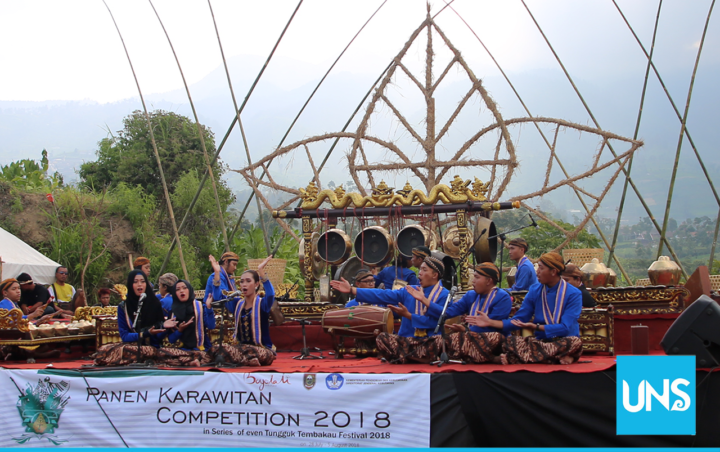 UNS – Indonesia is a country which is well-known for its arts and cultures. One of them is Karawitan that comes from Central Java. This art is considered as one of the Indonesian cultural heritages that is full of philosophical and historical values.

The unification between gamelan music and original Javanese vocal leads karawitan to always be watched and never vanished. However, as the development goes by, karawitan needs to get more attention in order not to lose its existence. Due to the reason, it is used not only as the lesson in schools and universities but also as the competition both in national and international level. 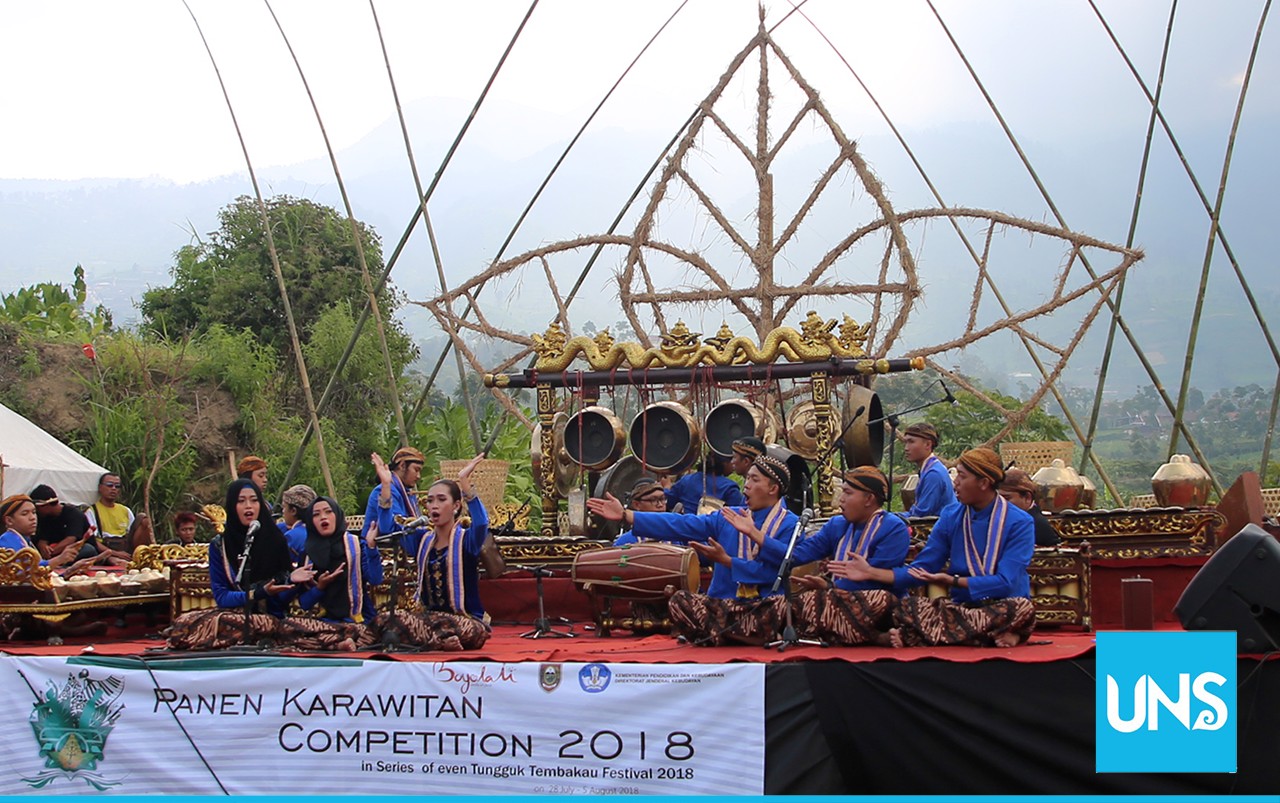 Recently, Student Activity Unit (UKM) of Wiswakarman Universitas Sebelas Maret (UNS) Surakarta was awarded as the winner in the event of Panen International Karawitan Competition 2018. This competition was held on Tuesday-Wednesday (31/7-1/8/2018) at Senden Village, Selo Sub-district, Boyolali. After a short period of training, Wiswakarman team could perform maximally and outperform the other competitors.

“We trained everyday only for about a month,” Septia, one of the singers of Wiswakarman team, stated.

Besides, it was the first time for Wiswakarman team to join this competition. Panen International Karawitan Competition 2018 is one of the prestigious annual competitions which is held internationally.

“It is the first time for Wiswakarman to join this competition and unexpectedly gets the champion,” the student of Javanese Language and Literature stated excitedly.

UKM Wiswakarman is an UKM that focuses on the student development in terms of various traditional Javanese arts. The students are thought to master several arts like Ketoprak and Karawitan. This UKM is established under the Faculty of Cultural Science UNS. This accomplishment achieved by UKM Wiswakarman strengthened the position of UNS as the university that upholds Indonesian cultures which especially exists in Java.

“Wiswakarman as the UKM that commits to converse and develop Indonesian traditional arts suits to the visions and missions of UNS which is to make UNS as the center of knowledge and technology based on national cultures.

Moreover, Wiswakarman has many achievements in national and international events. Therefore, there is no doubt about the contribution of this UKM as the supporter of UNS to go worldwide through Javanese arts development,” Supardjo, the Vice Dean of Student and Alumni Affairs, explained.